My experience and portfolio

I'm currently working for Avesdo as a UI/UX Designer and designing sales management software for the real estate industry. In my free time, I teach Web development at RED Academy as well.

I was a guest speaker at Langara College and gave a talk about job hunting in front of students from Web and Mobile App Design and Development course. The video/slides can be found here. (November 2017)

Glass Canvas is a creative studio in Fort Langley. I contributed as a Frontend Developer and made websites/web applications to support great and inspiring organizations for changing our culture for the better. (April 2017 - September 2017)

Code & Coffee Meetup is Vancouver's local programming meetup. I was a speaker again in April 2017 and talked about how I created my own CSS coding tests. The video/slides can be found here. (April 2017)

Sider is making an automated code reviewing service. I was a product designer, and worked full-time from my place in Vancouver. (September 2016 - February 2017)

elle-height TV is a YouTube channel for designers and developers. I post some design/coding tutorial videos and vlogs in English and Japanese. (January 2017 -)

At Istuary, I worked on front-end design and HTML/CSS as a UI Developer. I also made my own CSS framework and became an instructor for other engineers in the company. (August 2015 - August 2016)

ResumeCards is a Markdown based resume generator. It looks great on mobile/desktop and can be saved as PDF. (January 2015)

Purplecoat.js lets you create labeled overlays that can be triggered with a click. And you don't need to write a single line of Javascript. (November 2014)

Shiori is a Bootstrap-based Jekyll theme. It looks great by default, but you can customize it easily. (September 2014)

Ladies Learning Code is a non-profit organization which runs beginner-friendly tech education programs for women. I’m a mentor for its HTML/CSS workshops. (February 2015 –)

Code & Coffee Meetup is Vancouver's local programming meetup. I was a speaker in Febraury 2015 and talked about how I marketed my open source projects. The video/slides can be found here. (February 2015)

In January 2015, I started a podcast where I talk about design, coding, and my daily life in Vancouver. (January 2015)

I was an organizer and the keynote speaker at the inaugural Women Who Code event in Tokyo. I spoke about how I learned to code, in front of ~20 female programmers. (July 2014)

At Bizreach, I wrote the majority of frontend code for BizReach Woman, a job site specifically for female business executives in Japan. I also did a little bit of UX/graphic design. (May 2014)

I was a lecturer at Schoo, Japan’s leading online education platform. I designed and taught a bi-weekly class on HTML/CSS. On every lecture, I did live coding and there were ~500 live viewers. (March 2014)

I recorded HTML/CSS tutorial screencasts on YouTube in Japanese. For beginning coders, I showed how to "sketch" Wikipedia.org using HTML/CSS. This led to my speaking opportunity at Schoo. (January 2014)

I went from being a saleswoman in Japan to a design/coding lady in Canada. Here's my story.

I was born in Phillippines and raised in Kanagawa, Japan. After graduating from Gakushuin Women's College with a Marketing degree in 2012, I started working at a payment startup in Tokyo as a sales associate.

But I've always loved to express myself and be creative, and I wasn't quite satisfied with my job. So after a year, I decided to pursue a completely different career in UI design.

Shortly afterwards, I left my job. I flew to Silicon Valley where my boyfriend at the time lived and learned coding and design from him for 3 months. I focused on becoming really good at HTML/CSS, because I thought it'd be hard to compete on graphic design skills without a formal design/art background.

I fell in love with frontend coding, and the community around it. During my stay in the U.S., I attended the inaugural CSSConf in Florida. I was shocked by how everybody is really excited about the field, loves to share what they know, and cares about each other in the community. I made it my goal to one day speak at a big international frontend conference.

Eventually I came back to Japan, and in Fall 2013, I became a junior product designer at BizReach, a Tokyo-based startup. I also started teaching HTML/CSS online and speaking at local events.

After working in Tokyo for almost a year, I attended CSSConf again, this time in Berlin. I knew a lot more about CSS, so I was able to chat with attendees and make friends. I then decided it's time for me to move on and pursue my dream of working abroad. I packed my stuff and moved to Vancouver, Canada in Fall 2014.

I came right when Startup Weekend Vancouver was happening. I jumped in as a designer, and our team had received the second place. Since then, I've been enjoying my adventure in Vancouver, learning tons and making lots of friends along the way :) 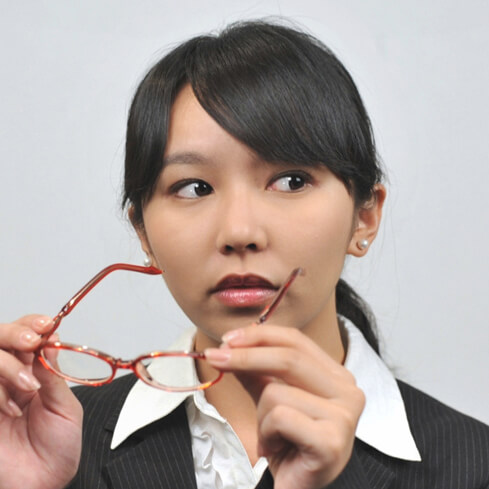 If you see me at an event, please say hi. I'd love to chat with you too!

In Fall 2014, I left my job in Tokyo and moved to Vancouver, Canada for new challenges. If you want to chat, say hi at elle.kasai@gmail.com.